Play Games. Create Jobs. Change Lives.
Today’s guest is Sagar Nair. He is the Co-founder & CEO at Qlan from Mumbai, India. He is also the co-founder of The Times of Esports – an esports news website.
His introduction to esports came through attending a c...

Today’s guest is Sagar Nair. He is the Co-founder & CEO at Qlan from Mumbai, India. He is also the co-founder of The Times of Esports – an esports news website.

His introduction to esports came through attending a college festival and watching the crowd reaction to the streamer “Mortal” playing.

NOTE: The most important message that was brought home in this discussion was that anyone who feels like they are on the outside of esports wanting in, it is possible to create your own jobs. Which Sagar has done twice so far.

Sagar describes the mobile-first esports ecosystem on the subcontinent. The prime factors are affordability and access.

Mobile tournaments dominate esports in India and learn about the surprising cost of data. Mobile gaming is so important that any phone review contains gaming stats.

The ban by the Indian government of PUBG resulted in a tremendous loss of world-wide viewership and led to some creative solutions.

Sagar and his group identified a gap in the industry which was not providing the opportunity to become content creators for the majority of players. So Qlan was created. (Pronounced “Clan” – do not embarrass yourself as I did.) Qlan is a social networking platform for gamers.

The industry focuses on streamers, but there is a wide variety of jobs which Sagar describes as the “spine” of the business. This is the framework of the industry and creates a wide range of jobs for people wanting to be a part of esports.

In fact, the government of India has recognized the importance of gaming and the jobs it creates by lending support for AVGC - animation, visual effects, gaming, and comics (AVGC).

Before establishing Qlan, Sagar and his group created The Times of Esports – a news website devoted to gaming and esports in India.

While English may be the most common language used in esports on the subcontinent, players want to play with others who speak their own language.

As reported by many others around the world, the lack of local servers can be a challenge in India for professional gamers. Sagar brings up one solution a team used to overcome the bad ping rate.

FEATURED IN THIS EPISDOE:

He is the Co-founder & CEO at Qlan from Mumbai, India. He is also the co-founder of The Times of Esports – an esports news website.

The Times of Esports: https://thetimesofesports.com/

Please subscribe to our podcast wherever you are listening to this episode.

Leave us a rating and a review if you like our content for others to discover what we are doing.

And tell your friends!

CONNECT WITH US ELSEWHERE:

Visit our website at https://www.gamerschangelivespodcast.com/ to learn more about our program, our blog, and sign up for our emails to be notified of upcoming episodes. 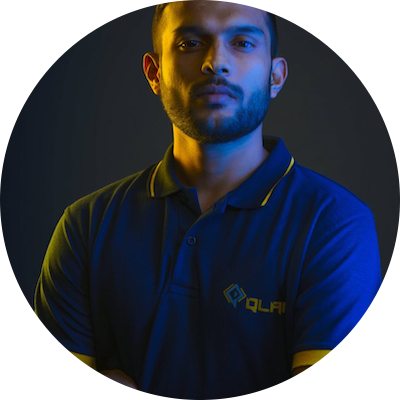 Co-founder & CEO at Qlan from Mumbai, India.
He is also the co-founder of The Times of Esports – an esports news website.
His background also includes media and live entertainment.