On Which Platform Do You Watch Esports? It Might Depend on Where You Live 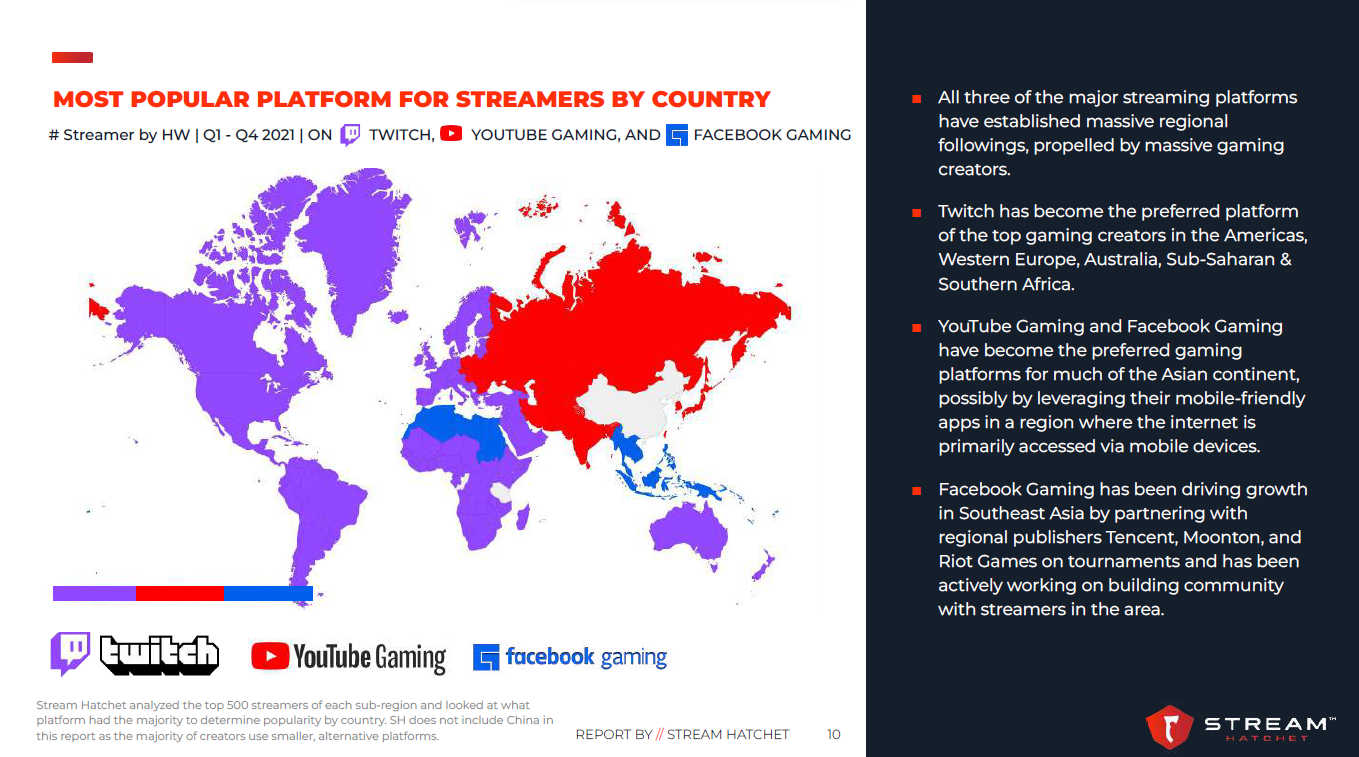 These numbers are from Stream Hatchet. A link to the full report is below. What can I say. I just like the numbers.

Facebook Gaming also grew at a whopping 52% from 3.1 billion hours to 4.8 billion.

YouTube on the other hand dropped by almost 20% from 6.2 billion to 5.0 billion. That is still a lot of eyeballs.

This map tells an interesting story.

Twitch is strongest in the Americas, Western Europe, Australia, and Sub-Saharan Africa. Now the numbers don’t lie (do they?), but my anecdotal evidence reports that the higher bandwidth requirement for Twitch might shift the Sub-Saharan audience to other platforms. More on this later.

Facebook Gaming has a larger following in Northern Africa and Southeast Asia. Their focus on regional publishers and tournaments seems to be paying off. They are good at building their community

YouTube Gaming seems stronger in Eastern Europe, Russia, and India. This might be the result of a push to mobile gaming on their platform.

Unfortunately, China is not included in this report, and they cannot be easily ignored because they are huge in the world of esports.

These numbers are based on the top 500 streamers in each sub-region. So, there may be a difference in the big players and the rest of us.

Where do you watch esports in your community? Is it different than this report describes?